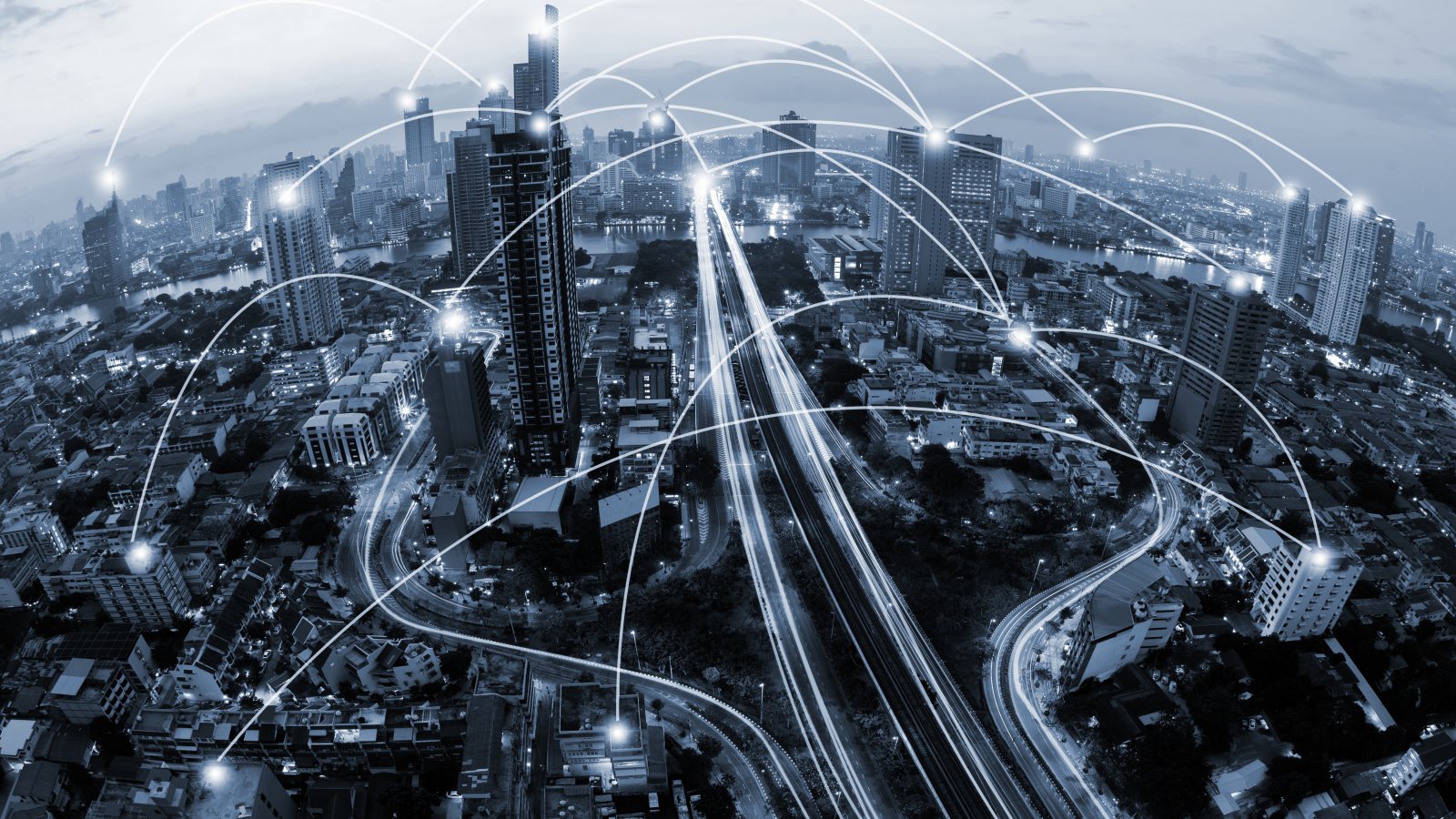 The Tax Cuts and Jobs Act (“the Act”) signed into law on December 22, 2017 has significant impact on taxation of foreign-earned income. The Act lays the framework to transition the United States to a territorial tax regime and, as part of this transition, there is a one-time mandatory repatriation of accumulated foreign earnings and profits required to be included in income for tax year 2017.

The starting point of the calculation is post-1986 accumulated earnings and profits (“E&P”) as determined on November 2 or December 31, 2017. If a taxpayer is a shareholder in multiple SFCs, the negative E&P of one SFC can offset the positive E&P of another SFC. The U.S. shareholder’s Subpart F income increases by the higher accumulated E&P amount between these two measuring dates.

A final important note for U.S. shareholders that have U.S. GAAP financial statements and, in the past, may have included an assertion stating the intent to permanently reinvest earnings outside the U.S. for purposes of the income tax provision. This assertion will no longer be valid. The tax cost of the mandatory repatriation will have to be accounted for in the 2017 U.S GAAP financial statements.

Taxation of the Subpart F income can receive reductions in two forms:

Taxpayers can elect to pay off the tax liability in installments over eight years as follows:

After the mandatory repatriation in 2017, US C-corporations that are 10% or greater shareholder of SFCs will receive 100% dividend received deductions. Under the new participation exemption regime, foreign-earned income will generally be taxed only once.

To understand the implication of these changes for your 2017 tax return, please contact your HLB Gross Collins advisor.

Bonus Depreciation
The Conference bill increases the 50-percent “bonus depreciation” allowance to 100 percent for property placed in service after September 27, 2017, and before January 1, 2023 (January 1, 2024, for longer production period property and certain aircraft). A 20-percent phase-down schedule would then kick in. It also removes the requirement that the original use of qualified property must commence with the taxpayer, thus allowing bonus depreciation on the purchase of used property.

The bonus depreciation rate has fluctuated wildly over the last 15 years, from as low as zero percent to as high as 100 percent. It is often seen as a means to incentivize business growth and job creation.

Deductions and Credits
Numerous business tax preferences would be eliminated under the Conference version of H.R. 1. These include the Code Sec. 199 domestic production activities deduction, non-real property like-kind exchanges, and more. Additionally, the rules for business meals would be revised, as would the rules for the rehabilitation credit.

Interest Deductions
The Conference bill generally caps the deduction for net interest expenses at 30 percent of adjusted taxable income, among other criteria. Exceptions would exist for small businesses, including an exemption for businesses with average gross receipts of $25 million or less.

Pass-Through Businesses
Currently, owners of partnerships, S corporations, and sole proprietorships – as “pass-through” entities – pay tax at the individual rates, with the highest rate at 39.6 percent. The House bill proposed a 25-percent tax rate for certain pass-through income after 2017, with a nine-percent rate for certain small businesses. The Senate bill generally would have allowed a temporary deduction in an amount equal to 23 percent of qualified income of pass-through entities, subject to a number of limitations and qualifications.

The Conference bill generally follows the Senate’s approach to the tax treatment of pass-through income, but with some changes, including a reduction in the percentage of the deduction allowable under the provision to 20 percent (not 23 percent), a reduction in the threshold amount above which both the limitation on specified service businesses and the wage limit are phased in, and a modification in the wage limit applicable to taxpayers with taxable income above certain threshold amounts.

Net Operating Losses
The Conference Committee version of H.R. 1 modifies current rules for net operating losses (NOLs). Generally, NOLs would be limited to 80 percent of taxable income for losses arising in tax years beginning after December 31, 2017. The Conference bill also denies the carryback for NOLs in most cases while providing for an indefinite carryforward, subject to the percentage limitation.

ENERGY
The House bill called for repealing many current energy tax incentives, including the credit for plug-in electric vehicles. Other energy tax preferences, such as the residential energy efficient property credit, would have been modified. The Conference bill retains the credit for plug-in electric vehicles and did not adopt any of the other repeals of or modifications to energy credits from the House bill.

IRS ADMINISTRATION
The Conference bill would extend from nine months to two years the period for bringing a civil action for wrongful levy. The Conference bill does not prohibit increases in IRS user fees, as proposed by the Senate bill.

INTERNATIONAL
The Conference Committee version of H.R. 1 follows the lead of both the House and Senate bills in moving the United States to a territorial system. The Conference bill would create a dividend-exemption system for taxing U.S. corporations on the foreign earnings of their foreign subsidiaries when the earnings are distributed. The foreign tax credit rules would be modified, as would the Subpart F rules. The look-through rule for related controlled foreign corporations would be made permanent, among other changes.

The House and Senate Tax Cuts and Jobs Act Conference Committee unveiled its tax reform package on December 15. The Committee, after a week of intense negotiations, blended the House and Senate versions of the Tax Cuts and Jobs Act (H.R. 1) into one legislative package. GOP leaders predict that Congress will pass this final version of H.R. 1 before lawmakers leave for their holiday recess. The Conference agreement generally tracks the overall framework for tax reform released by the GOP earlier this year and the House and Senate versions of H.R. 1. This final bill carries a January 1, 2018, effective date for most provisions.

The Conference bill would impact virtually every individual and business on a level not seen in over 30 years. As with any tax bill, however, there will be “winners” and “losers.” The bill calls for lowering the individual and corporate tax rates, repealing countless tax credits and deductions, enhancing the child tax credit, boosting business expensing, and more. The bill also impacts the Affordable Care Act (ACA), effectively repealing the individual shared responsibility requirement.

President Trump has signaled his support for tax legislation before year-end. Few possible roadblocks to ultimately getting a bill to the President’s desk before year-end remain. Prior Senate hold-outs have now signaled their support of the Conference bill, while support in the House appears to be holding steady Nevertheless, some still-hidden parliamentary hurdle or sudden public concern should not be discounted until all the votes are in.

Under the Conference bill, income levels would be indexed for inflation for a “chained CPI” instead of CPI. Both the original House bill and the Senate bill called for a chained CPI. In general, this change would result in a smaller annual rise in rate brackets, which the Joint Committee of Taxation estimates, when combined with using the chained CPI for all other inflation-adjusted tax amount, would bring $128 billion more into the U.S. Treasury over the next ten-year period. The chained CPI is permanently applied to almost all amounts subject to annual inflation adjustment, even the permanent amounts that would apply if provisions are allowed to expire after 2025.

Deductions and Credits
The Conference bill makes significant changes to some popular individual credits and deductions. Many of the changes, however, are temporary, generally ending after 2025, in order to keep overall revenue costs for the bill within budgetary constraints.

The Conference agreement also allows taxpayers to continue to include mortgage interest on second homes, but within those lower dollar caps. However, no interest deduction will be allowed for interest on home equity indebtedness.

Some homeowners dodged a bullet when the Conference bill rejected the additional limitation in both the House and Senate bills to increase the holding period for the homeowners’ capital gain exclusion to a five-out-of-eight year principal-residence test.

State and Local Taxes.
The Conference bill limits annual itemized deductions for all nonbusiness state and local taxes deductions, including property taxes, to $10,000 ($5,000 for married taxpayer filing a separate return). Sales taxes may be included as an alternative to claiming state and local income taxes.

Miscellaneous Itemized Deductions
The Conference bill repeals all miscellaneous itemized deductions that are subject to the two-percent floor under current law.

Medical Expenses
The Conference bill follows the Senate bill in not only retaining the medical expense deduction, but also temporarily enhancing it. The Conference bill lowers the threshold for the deduction to 7.5 percent of adjusted gross income (AGI) for tax years 2017 and 2018.

Family Incentives
The Conference bill temporarily increases the current child tax credit from $1,000 to $2,000 per qualifying child. Up to $1,400 of that amount would be refundable. The Conference bill also raises the adjusted gross income phaseout thresholds, starting at adjusted gross income of $400,000 for joint filers ($200,000 for all others).
The child tax credit is further modified to provide for a $500 nonrefundable credit for qualifying dependents other than qualifying children.

Alimony
The Conference bill repeals the deduction for alimony payments and their inclusion in the income of the recipient.

Retirement
The Conference Committee version of H.R. 1 generally retains the current rules for 401(k) and other retirement plans. However, the Conference bill would repeal the rule allowing taxpayers to recharacterize Roth IRA contributions as traditional IRA contributions to unwind a Roth conversion. Rules for hardship distributions would be modified, among other changes.

Federal Estate Tax
The Conference bill follows the Senate bill in not repealing the estate tax, but rather doubling the estate and gift tax exclusion amount for estates of decedents dying and gifts made after December 31, 2017, and before January 1, 2026. The generation-skipping transfer (GST) tax exemption is also doubled.

Alternative Minimum Tax
The Conference Committee version of the bill retains the alternative minimum tax (AMT) for individuals with modifications. The Conference bill would temporarily increase (through 2025) the exemption amount to $109,400 for joint filers ($70,300 for others, except trusts and estates). It would also raise the exemption phase-out levels so that the AMT would apply to an income level of $1 million for joint filers ($500,000 for others). These amounts are all subject to annual inflation adjustment.

Carried Interest
Under the Conference bill, the holding period for longterm capital gains is increased to three years with respect to certain partnership interests transferred in connection with the performance of services.